Week 6-Flash Fiction. Looks at Point of View.
The Exercise is to give two points of view of same incident in 300 words.
Here I am using a short short story I wrote before and manipulating it a bit. 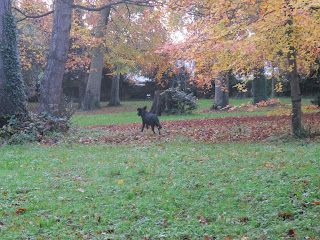 He wore a pink tie and he was carrying an umbrella with a pointed ferrule and a long shaft -with twelve stretchers at least.  He looked like he might know -an older man with a real umbrella –bound to have some experience of it.

I shouldn’t have said, “We’re early on the road.” I must have sounded like one of those carers in the ward who addresses everybody in the first person plural, when they really mean you.

When he raised his hands and said what he did I thought of a priest calling on the congregation to stand for the gospel. What was it he said? And as if summoned, the injured bird took flight -its beak no longer frozen in fright.

“Ha”! he exclaimed with the thrill of it.

We watched it rise and dip and then rise again, and on we walked, the older man and me, around the whole periphery of the park.
****

Today a woman, not young, stopped me in the park. She was cupping a fledging in her fingerless-mittened hands. I suppose she asked me because of my halting gait, as if my years might know. The bird looked uninjured, no open-mouthed shock or fixed eye, its wings intact, peagreen-skyblue sinewed feathers.

The only time I held a bird in my palm I was ten, a baby thrush that had fallen out of its nest among the hedgerows that lined the pathway to our front door.

“I don’t know why it doesn’t just fly,” I said and raised my hands in mock take-off.

Perhaps it was my tone or my waving hands, for the fledgling rose, cleared the bushes and landed on the topmost branch of an ash tree.
And so I tipped my hat to her, the not-so-young woman, and walked on.

Copyright with Cathy Leonard 2019
Posted by cathy leonard at 04:55

Email ThisBlogThis!Share to TwitterShare to FacebookShare to Pinterest
Labels: Point Of View